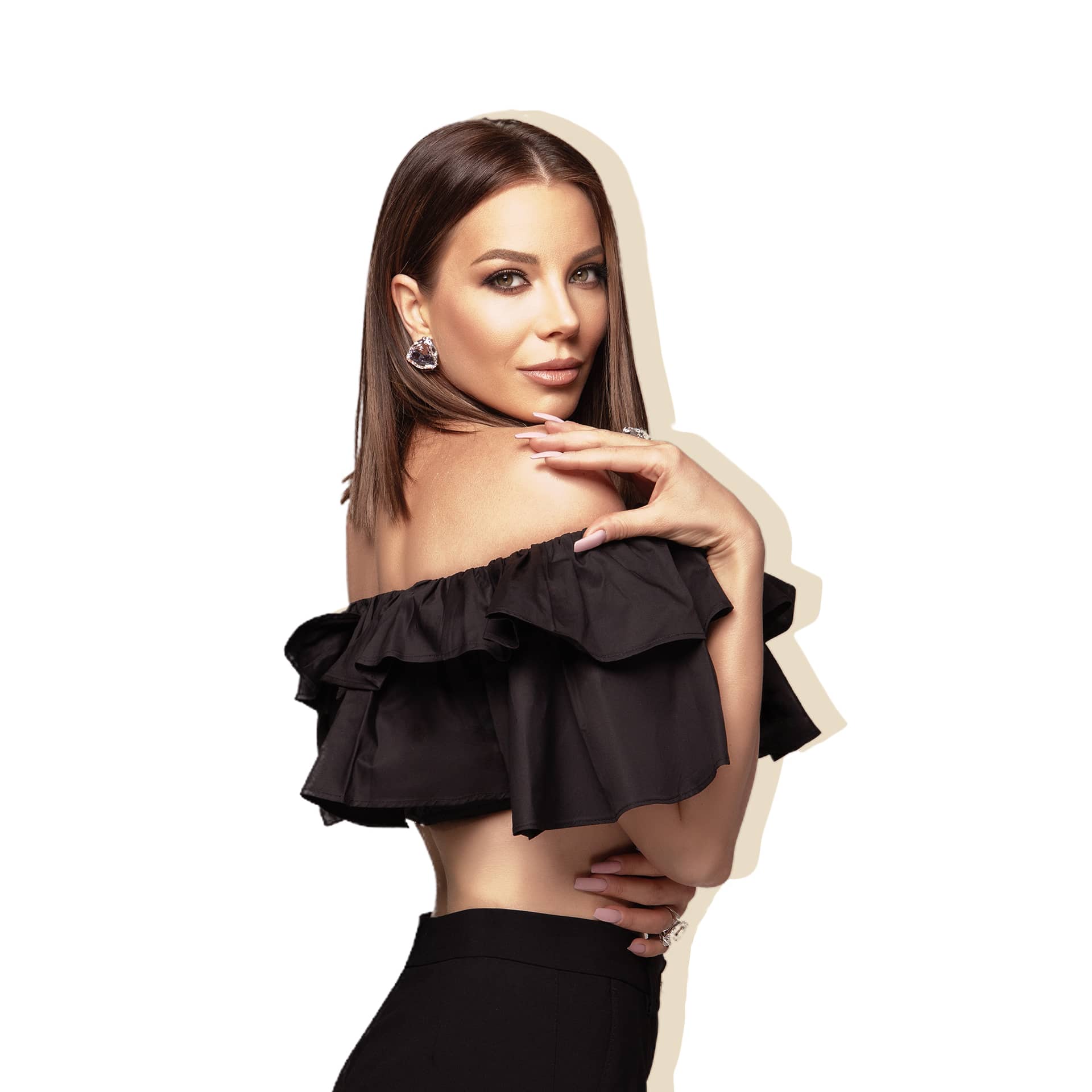 Emilia – one of the most beautiful faces and one of the most melodious voices in the Bulgarian music. Her repertoire includes her own pop and pop-folk music, songs with Balkan sounding, as well as folklore-based folk songs. As an alumnus of the music school in Shiroka Laka, Emilia possesses an excellent talent in the sphere of the folk singing. She performs masterfully songs from the Thracia, Rodopi, Shop and Strandzha regions, using her high, soft and warm singing voice. Because of her outstanding performance of ballads, she is often called the “angel’s voice” of the Bulgarian pop-folk music.
Born in the minors’ town of Galabovo in 1982, at 12 years of age she begins studying folk singing under the tutorage of Zhivka Kazakova and Dimitar Kolev. After that she continues her training in the profiled school of music for young talents in Shiroka Laka. Three years later the young singer signs a contract with music company “Payner” and becomes a part of the family of the biggest music agency in Bulgaria. During the years Emilia is a regular performer at Payner’s famous big summer tours – concerts, held at the stadiums of the larger cities in the country. She is a singer with an extensive experience, both in Bulgaria, as well as abroad in Macedonia, Romania, Turkey, Great Britain, Austria, Spain, Australia, Greece, the USA and Russia.
Emilia has two children, giving birth to her first child – Ivan – on 07.04.2008, and on 03.10.2016 to her second child – Mira, for whom everyone says that she’s her mother’s genuine copy. Since 2018 the singer has been happily married to the businessman George Bashur, who gives her exceptional support and help in Emilia’s professional life too.
She is one of the most preferred popular faces in Bulgaria for photo-sessions (the magazines “MAXIMUM”, “The Woman today”, “ELLE”, “FHM”, etc.), tv clips and ads – “MASTIKA PESHTERA”, and also playing in tv series – “Отплата” (Retribution”) on NOVA TV, in addition to being the face of several Bulgarian clothing brands and others for many years. An angel’s voice, encanting vision and perfect style form the overall image of the talented performer. Her audacious decisions and her transformations into them, combined with the singer’s great talent, are in complete harmony with her life motto: “The brave have it all”.